I am using Adalm Pluto SDR with GNU Radio for a time and working on a transmission of a sin gaussian wavelet. The used flowgraph is given in the attachments.
First, I want to ask the scaling parameters of data conversion blocks that are used with IIO Device Sink and Source; Float To Short block is ok and it is used to get full-scale representation as the given signal has 1 V peak, we multiply it with 2^15. However, I didn't get the math behind short to float block; the scale has to be 2.048k (which is 2^15/2^11) to get the same amplitude level that I have received with standard PlutoSDR Source. 32768 can be represented in single precision floating point format so why we are dividing it?
About cyclic behaviour; the transmitted signal has 6144 samples, TX and RX buffers are set as 614400 which equals to 100 signals in each turn but after receiving about 900-1000 signals GNU radio gives "Unable to push buffer: Resource device"  error and stop transmitting. Does anyone has an idea that what can be the cause of this problem? Cyclic_ON_614K_43 screenshot is the received waveform which includes many sine_gaussian.
To handle the problem I have turned off the cyclic mode, the error is gone but now the received signal count is unpredictable. As far as I know cyclic mode off means that sending a signal only once. In this case, it sends multiple times ie. between 110 to 400. Therefore, I may say that buffers are filled more than once. At this point, I think that something is not correct in cyclic-off case too.
Will appreciate any help,
Regards,
dea 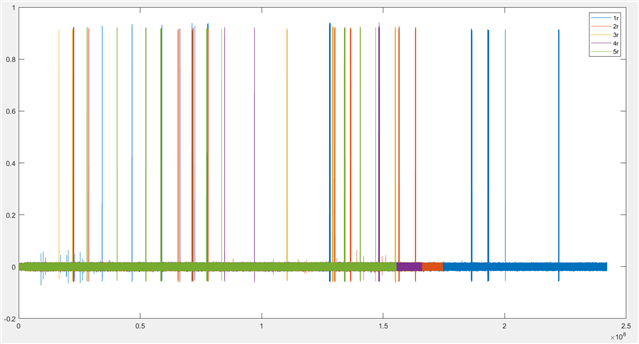 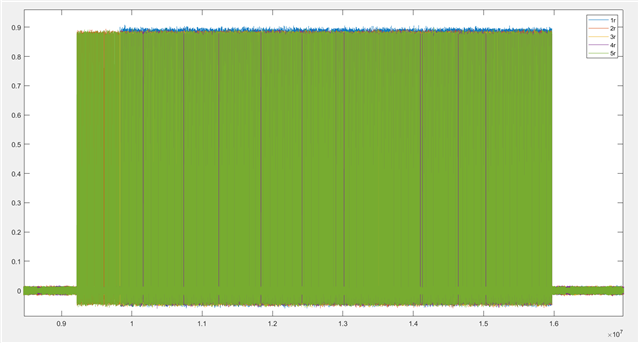 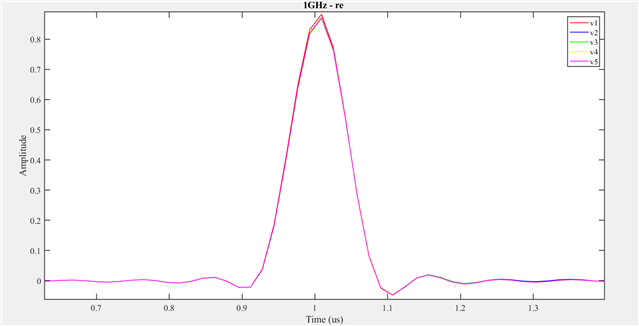 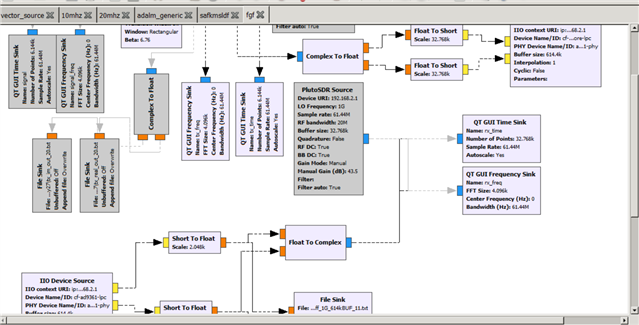