I am using Pluto with the python binding through the pyadi-iio and pylibiio libraries. I have built the libiio on my Rpi4 (ubuntu 22.04 lts server) and its functional as its supposed to as to my understanding. 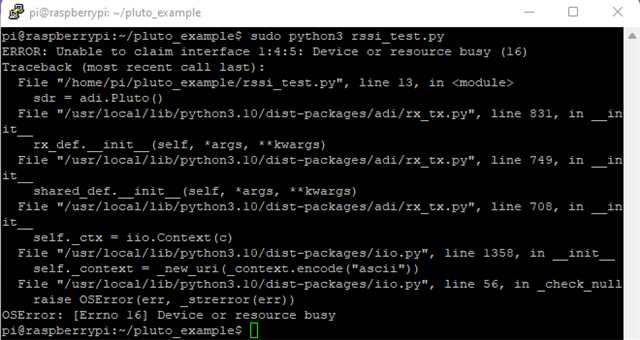 Have tried to run my script using sudo and without sudo but the same error occurs every time when the script tries to initialize and connect to the device.