HI all, I am getting the following error while setting up the Pluto-SDR, in MATLAB Communication Toolbox Support Package. Any suggestions or comments, will be much appreciated. 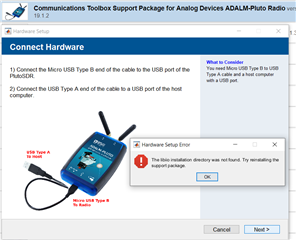