GNU Radio *on* the PlutoSDR: Proof of Concept

TL;DR: You can run GNU Radio on the Pluto's internal Zynq, but you probably don't want to.

My Pluto arrived in the mail Friday, so I spent the weekend having some fun hacking on the software. I know it's not technically a question, but I thought this might be of interest to someone.  This weekend I managed to get an Ubuntu userland to boot on the Pluto and then ran GNU Radio in it. To clarify, here I'm referring to running GNU Radio entirely on the processor inside the PlutoSDR.

Overall setup is a modified Buildroot image that calls switch_root to load an Ubuntu userland off of a USB flash drive, then makes it self available over SSH via a USB WiFi dongle.

Logging in to Ubuntu: 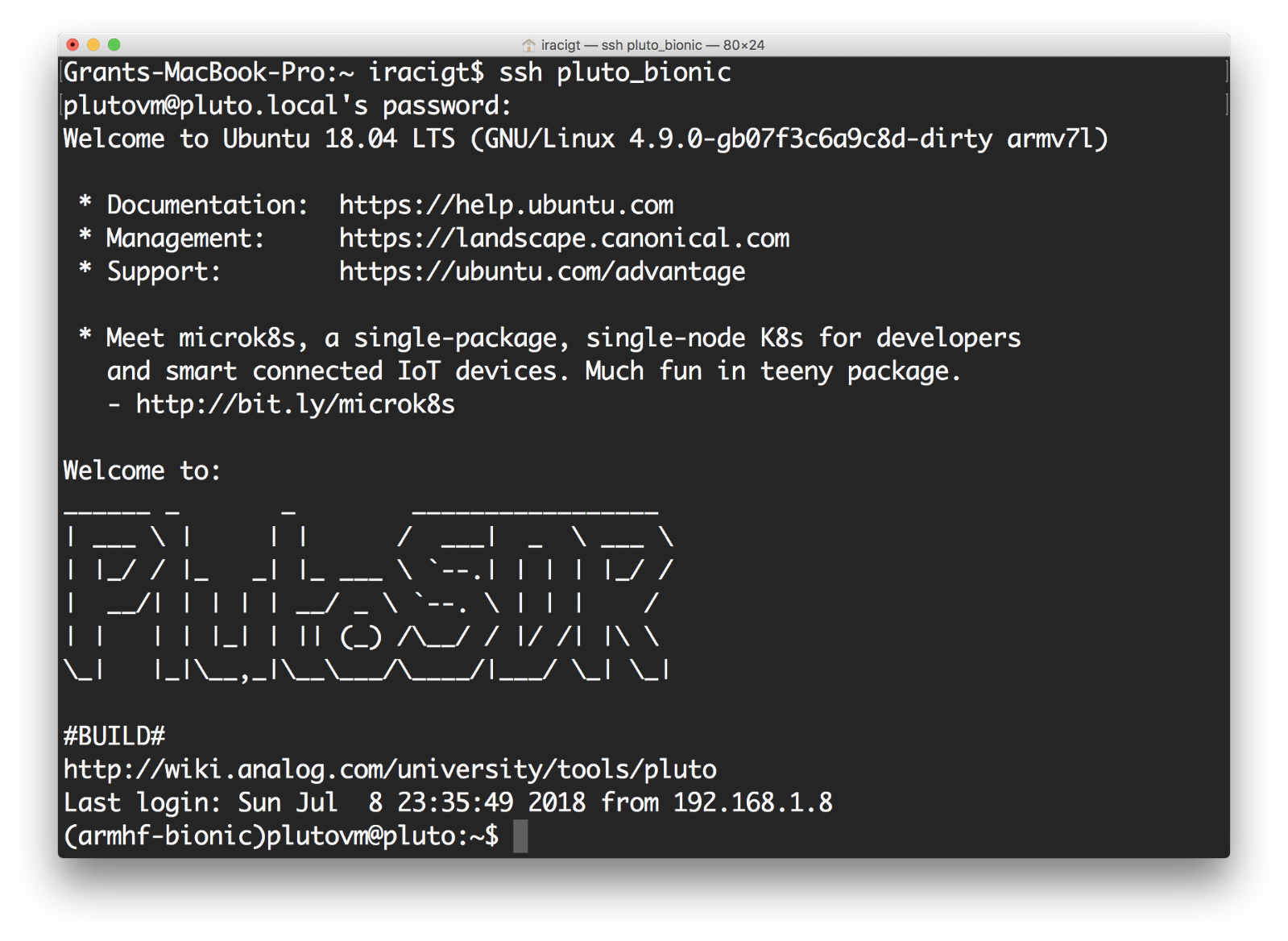 Once that all works, we can just use APT to install GNU Radio, and either run the GUI via X11 forwarding or use the Python API directly from the command line. 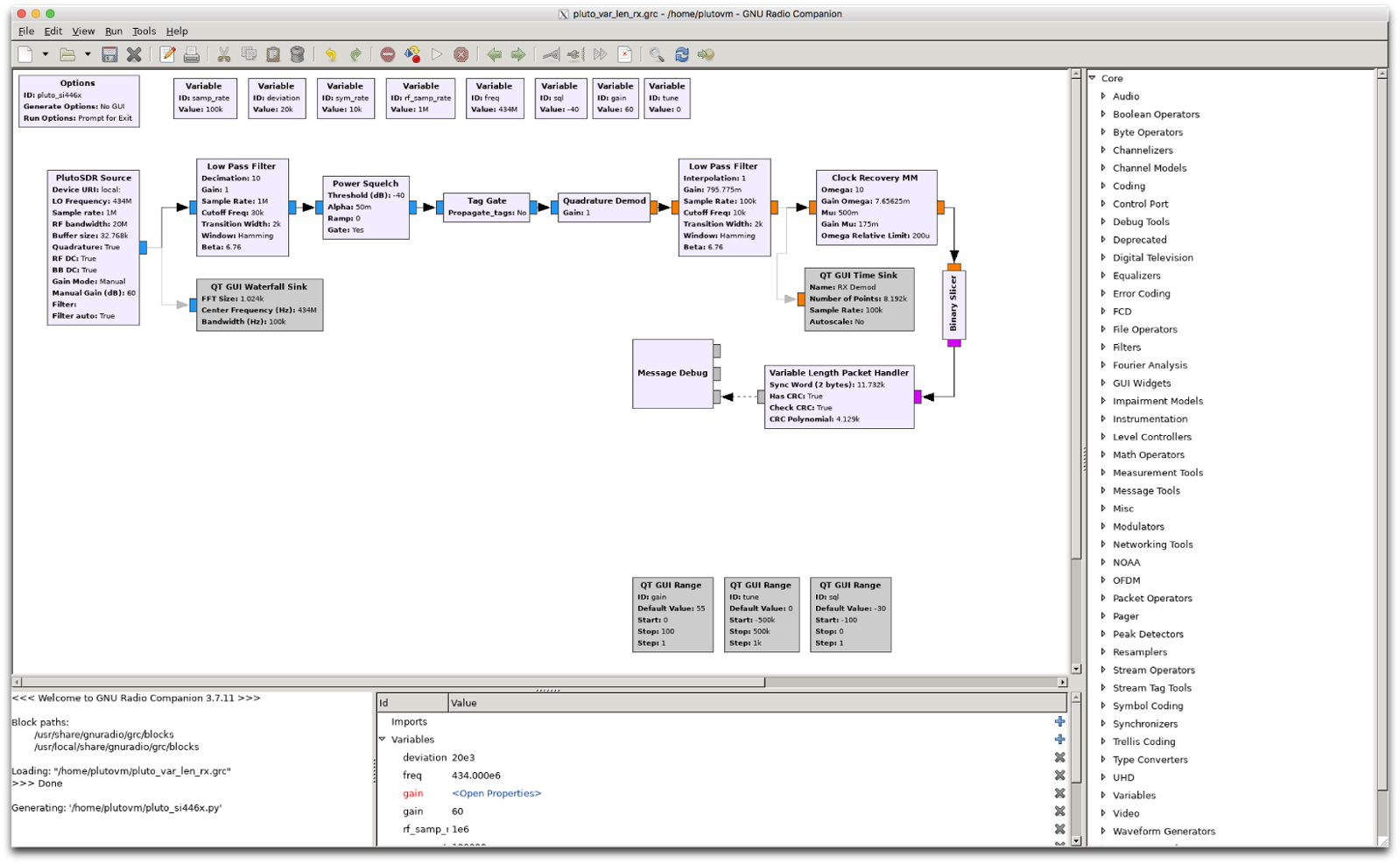 For anyone interested in trying this, here are the general steps:

I don't have a pretty packaged build process for all of this yet. The userland especially was a bunch of trial and error to get right the first time. Also, if you try this, be prepared to get your Pluto stuck unable to boot a few times. Put it into DFU mode (provided you haven't messed up u-boot), and reset to the release firmware.

Right now this is mostly just a curiosity. X11 is comically slow on the Pluto, and GNU Radio benefits from a beefier CPU. But, it can be done, and for simple designs might be practical with some more polish. If anyone has questions on how to do this, or ideas on ways of making it more useful, definitely let me know. I think my next step is getting u-boot to boot directly off USB, but that is going to have to wait for my 1.27 mm header JTAG/UART breakout board (Clone of the ADALM-JTAGUART, which isn't quite worth the $50 DigiKey wants for it) to arrive.