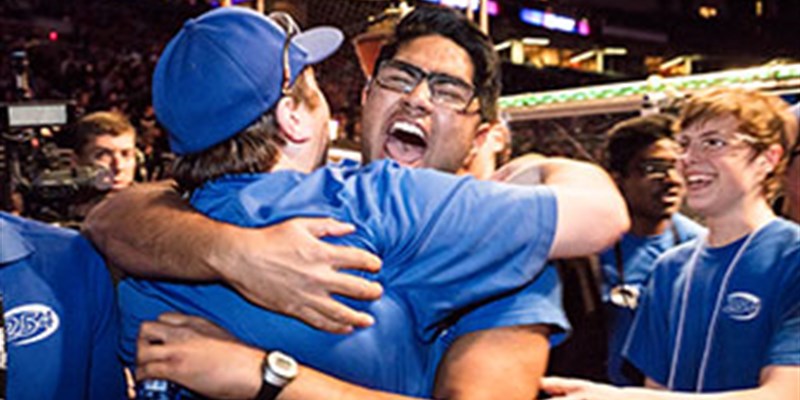 What does every FIRST Robotics Competition team need?

When does FIRST Robotics Competition happen?

In general, FIRST Robotics Competition operates during the school year. Teams form and register in the fall. However, the “official season” begins early in January when the season’s Challenge is announced at a Kickoff ceremony. Teams are then given six weeks to create their robot. District and Regional competition events start in late February and continue through April. Teams that qualify are invited to FIRST Championship at the end of April. There are also many off-season events in which teams can participate, strategize, hone their skills, learn new technology, meet other teams, and have fun!

What is the time commitment?

As a Mentor or adult Volunteer, you should be meeting with your team at least several times per week during the build and competition season (January - April). Many mature teams also meet throughout the school year, and some compete in off-season events during the summer. You, your family, and your available free time can decide together how much time you can devote to the program.

As a team member, the same applies. Be prepared to meet at least several times per week from January through April. Like any sport or other after-school activity, the more time you invest, the better you will become at your task(s). During build season, the pressure is on, so be prepared to also spend some nights and weekends helping your team.

The really cool thing about FIRST Robotics Competition is…all skill levels are welcomed and needed, technical or non-technical. Teams need all kinds of skills to succeed, so what are you good at? We have a job for you. And we’ll probably teach you a few new ones while you’re with us.

Student team members are encouraged to bring any skills they already have, like programming, electronics, metalworking, graphic design, web creation, public speaking, videography, and many more. FIRST Robotics Competition welcomes every student, with or without special skills. Like our Mentors say, “This is the only sport where if you show up, you can play.”